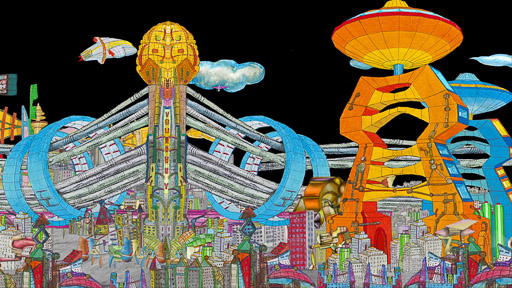 In terms of Mind Philosophy, “Parallelism” is a mind-body interaction dualist theory affirming that mental and physical events take place on a parallel course of existence, and interact with each other in a not casual way. The fact that they move harmonically doesn’t mean thought that one could induce the other to do what it does. In the same way, the film shows two worlds, two cities, who seem to exist independently from one another but indeed they communicate through passages, space-time tunnels, bridges between two different dimensions. They are two opposite worlds, utopic and dystopic, and they will, at the end, unify in a “crossbred” world, a fusion of the two, which is not a sum but a synthesis, where this new world, generated from the two opposite ones, has a new identity. In Italian “meticcio” (crossbred) derives from late Latin mixtīcius, to mix, and from this probably derives the French term métis, as the capacity to integrate multiple identities, multiple individualities that form each one of us. The protagonist of the film is a hybrid being, a woman with zippers over her eyes and rose petals growing on her face, as if from a flower. She introduces and closes the film, as if the path of harmonic fusion led by her presence – a crossbreed presence as well – and her tale seems to be a necessary path in order to reach a world full of hope and satisfaction (happiness and joy), a process started from two parallel roads that symbolizes the possibility to get to a new crossbreed identity, mixed and unique at the same time. 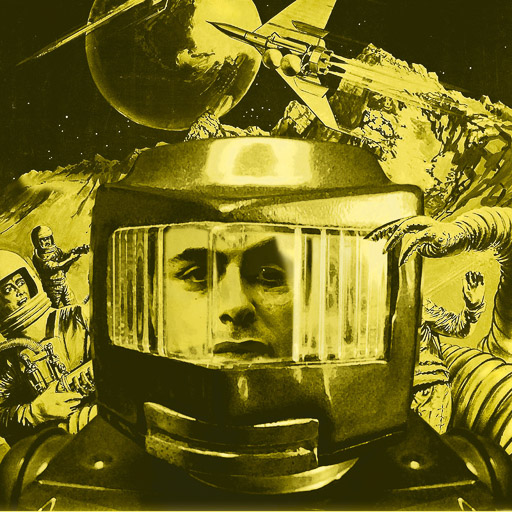 Marco Bolognesi is a multidisciplinary artist and a film director of experimental cinema. He won numerous awards for his photographic work and films, including the Artist in Residence Award at the Institute of Italian Culture in London (2002), the Canadian Cinematography Award for the best short (CaCA, 2020), the best short award at the AltFF Alternative Film Festival of Toronto (2020) and Best sci-fi Award at The Indie Short Film Competition (Florida, U.S.A, 2008). He also got presented at the Rome Film Fest and the Clermont-Ferrand International Short Film Festival. He published Protocollo (Einaudi, 2009), a cyberpunk graphic novel in collaboration with Carlo Lucarelli. Over the years Bolognesi enjoyed strong curatorial support and exhibited extensively worldwide. He exhibited his photos and installations at the European Photography Festival (Reggio Emilia, 2012), Month of Photography (Vienna, 2012), Fin del Mundo Biennial (Mar del Plata & Valparaíso, 2014), Kunst Meran (2014), Biennial Italy-China (2012, 2014, 2015, 2016), International Biennial of Curitiba (2017), MACRO (Rome, 2019). His works feature in prominent public collections including the Collezione Farnesina and the Oscar Niemeyer Museum.