Tragic comedy of the absurd, based on the works of Daniel Kharms (1905-1942). Trying to recreate the realities of the 30s, at which the bloom of Kharms began to flourish, the director reproduces the style of filming, the acting of that time and introduces an “aged” sound into the picture. Thus, he manages to achieve maximum authenticity of the sound of the author's text and help the viewer to plunge into the atmosphere in which the classic of the absurd lived and worked. This is the world of illusions, hints and associations, reflecting the stream of consciousness of the creator living in an era of silence. This era in a paradoxical way reminds of today's Russia. Various works of Daniil Kharms are filigreely connected into a single whole by means of a certain character dressed in a sailor's jacket, who roams from “incident” to “occasion”, falling into various stories and leaving unharmed from the most improbable situations. The character is a sweet embodiment of a revolutionary sailor in stock, which filled Russian society in the early 1930s. He is quite a good-natured "lumpen", not devoid of the features of his class: arrogance, perversity, impudence and arrogance. In the film, the works of Harms were filmed: “Interference”, “Victory of Myshyn”, “Grigoriev and Semyonov”, etc.February 2, 2022 will mark the 80th anniversary of the death of the Great writer. Daniil Kharms died on February 2, 1942 during the siege of Leningrad, in the most difficult month in terms of the number of starvation deaths, in the psychiatric department of the Kresty prison hospital 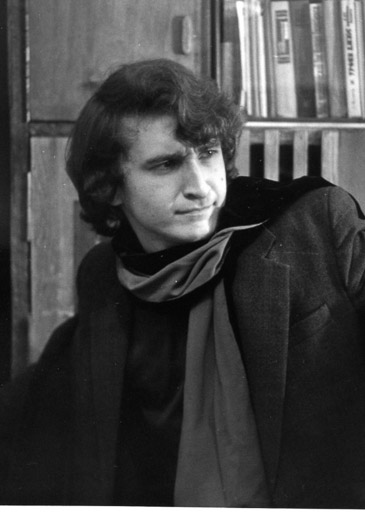 Dmitri Frolov was born in Leningrad in 1966. He graduated from The Institute of Film & Television in 1990.He worked at LENFILM Studios and then for the STV film company as a cameraman, in which capacity he has worked with many independent filmmakers.He began to shoot his own films before the start of perestroika, in the early 1980s, He is one of the leaders of russian movievanguard in postperestroika age. He makes esthetic experiments connecting with return to dumb cinema on new level of movielanguage.His films he shoots exclusively on film company "Svema". Even despite the fact that the film material, said the factory was left far in the Soviet past, and the film is not released, he revives the footage, while continuing to be faithful to the brand selected more child. When asked why, he replied that only "Svema" because of its unpredictability and non-uniformity of the emulsion, is the living material, which is able to convey the thrill of the character of life and even the seemingly inanimate object.