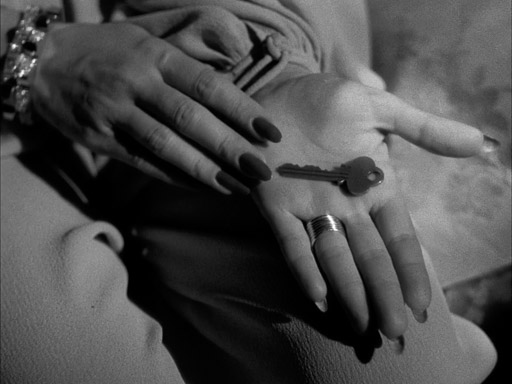 "I always needed fiction to make sense of reality". A cinematic image fills the void left by the death of a loved one. This is a film about loss, loneliness and the love for the movies.   “ In Just Like the Films, Sara N. Santos seeks to conjure the elusive memory of her deceased grandfather, piecing an intimate detective story out of clips from classic noir films, their sound attentively re-edited, the end result a monochrome act of filial and cinematic devotion”.   Jonathan Ali (Alchemy Film and Moving Image Festival)

This film is composed entirely of clips from film noir movies, which I use to illustrate a reflexive voice-over narration describing the search for my late grandfather. There’s no shots with speaking characters except when we hear the narrator: “I no longer remember is voice” followed by a close-up of Humphrey Bogart speaking with no sound. Mostly there’s shots of hands, objects and places. Taking images out of their original context rises a game of indexical relations between the object and its representation: - Humphrey Bogart shot taken from In a Lonely Place - “This is my grandfather. He reminds me of Humphrey Bogart”. All music score is removed and diegetic sounds are amplified. The hyper realistic sounds build an uncanny relation between iconic cinematic images and the detached, unemotional soundscape. The main character of this film is this mysterious image built from memories and fiction.