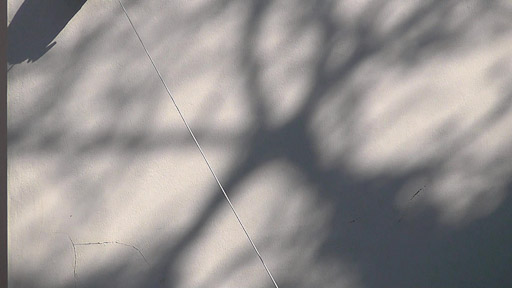 Shadows on a house

This short silent film was made in the film maker's home during the Covid-19 pandemic when he found it difficult to make other work due to social distancing. In this case the camera was pointed out of a window at the houses behind his home.   The film is a single, time-lapse shot of shadows moving across the wall of a house over a period of 4 to 5 hours. The shadows are mainly of bushes in a garden, but over time their form changes and they begin to resemble something alien, almost unnatural.

His films have been screened as abstract or experimental cinema, but have also been shown in art galleries along with work by video artists and artists working in other media. They have been shown throughout the UK, and in Europe, North America, India, Vietnam and Korea.