Experimental documentary focused on urban singers and musicians in the city of Madrid. At the same time, it is a portrait of the city, its inhabitants, its tourists immersed in the summer months. 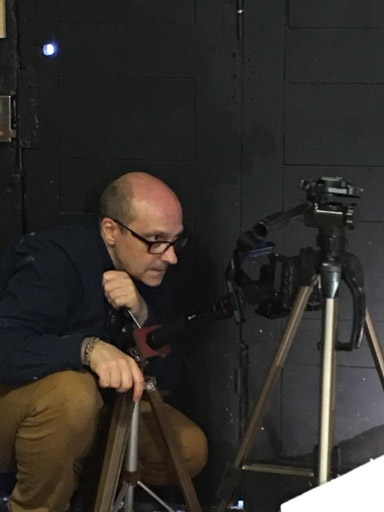 The film, URBANOS, by Miguel Angel Barroso, looks easy, takes place with an unexpected fluidity. At times, the camera separates from the director and acts on its own. Enamora. We fall in love, but always remains true to Barroso's eyes. We do not need to know anything about the musicians or the people, the image, the images, reveal their lives, with bursts of uncalculated emotion. We move with the director and his camera, with absolute pleasure to see and listen. We want more and the 134 minutes it lasts, they are short. There is a controlled patient explosion throughout the film, like years of waiting, which grows until achieving a huge creativity. The film breathes freedom, makes us feel free. It feels love, film maturity. And then there are those intuitive sequences of the feet, that take us back and again forward, as in a re-start all over again. URBANOS, is the best I've seen in Spanish cinema in many years. TEXT: Felipe Iglesias Serrano: Writer and poet. This documentary of experimental tone is born of the observation of the musicians that saw act in the streets of Madrid. The desire to capture in images the sensations of a series of people acting in front of an enormous audience that scarcely paid attention to them most of the time, intrigued me and led me to leave with a camera that I just observed without judging or deciding. Este documental de tono experimental nace de la observación de los músicos que veía actuar en las calles de Madrid. El deseo de plasmar en imágenes aquellas sensaciones de una serie de personas actuando ante una audiencia enorme que apenas si les prestaba atención la mayoría de las veces, me intrigaba y me llevó a salir con una cámara que tan solo observaba sin juzgar ni decidir.