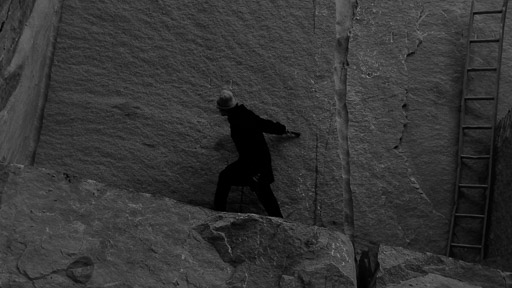 gong batuFilm summaryListening deeply to a place sound and responding to it.The project "Place and Sound" by Shoichi Iwamoto practices this simple method.Sometimes workshops or concerts were held, but this time, a film was recorded at Kitagi island, famous for its stones. The movie title "gong batu" is Indonesian language, "gong" is an idiophone name and "batu" means stones. The main filming site, Hanamoto Stone Company, owns a huge valley and dug more than 50 meters into mountains, taking 100 years over three generations. The deep echo, like a hall with a huge sound, and the characteristic stone sound were recorded by tapping stones or rock walls at the bottom of the valley.This project mainly focused on resonating stone sound to a space, and also recorded various soundscapes on the island. Besides, finding "something" on the island by chance and exploring improvisation. Picking up ubiquitous sound particles in space, which is waiting to be found. And then, responding to it or just simply listening.As a musician, Shoichi Iwamoto tried to capture the island's current condition.At one time, Toru Takemitsu asked us "Can we actually hear?"Do we have flexible ears to listen actively when confronting "the world"?This is an attitude to life. 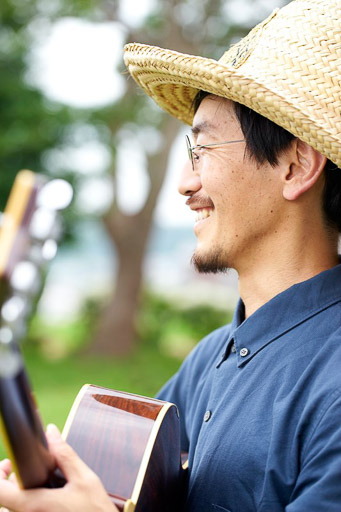 Shouichi IWAMOTO mr. Drummer, percussionist, gamelan player Born in Kobe City in 1981. Since a high school student,he started performing on the Kansai music scene. From 2005 to 2008 he got a shcolarship from government of Indonesia to lean gamelan(Indonesian traditional music) at the Yogyakarta Art Institute (ISI) in Indonesia. In 2008,he began gamelan class in Okayama City Japan. And he has carrying out music workshop in many places also. Since 2014 he has joined Art Link Project in Takamatsu City(a project to create art works in collaboration with welfare work facilities). Since 2015 he has joined Artist in Residence Program in Kasaoka Islands(a project to make new music with island stones with people of the island.). He has been perfoming with various artists in various places up to now. His performing style is based improvisation,and he plays anything regardless of instruments or non-musical instruments.