Underground hand-developed film, shot on 16 mm camera, represents a deeply personal attitude of film directors to St. Petersburg, their hometown. The city appears as a place of the Unconscious, where obscure pictures of the houses interpenetrate with images of abstract art, in parallel with pictures of destruction of the city represented by the frames of II World War newsreel. The film is made as a trip where the real city walk transforms into the mindflow, depicting the play of memory, phantasms and traumatic history. 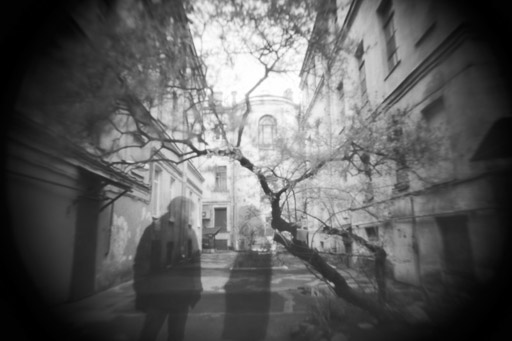 Timofey Glinin. Born in St. Petersburg, Russia in 1991. He studied biology in Saint Petersburg University (SPBU) and attended courses in St. Petersburg School of New Cinema. He worked as a scientist, entrepreneur, writer. "Dislocations" is his first experimental feature film.