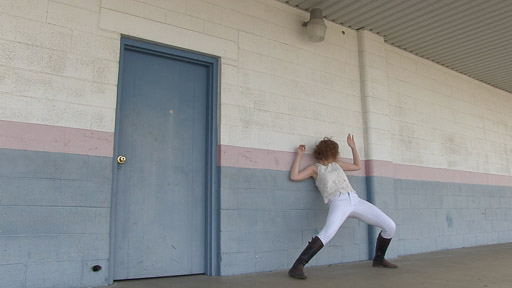 Four dancers isolated in time, not knowing the impact of their own actions on others, nonetheless reveal intersections of place, movement, color and sound. Shot in the spring of 2019 and edited in the summer of 2020, Quartet with Walls offers a syncopated dialogue of listening, seeing, touching, sensing, and waiting. Directed and edited by Jordan Fuchs with sound score by composer Andy Russ and dancing by Daunte Borner, Leah Estick, Yeajean Choi and Martheya Nygaard. 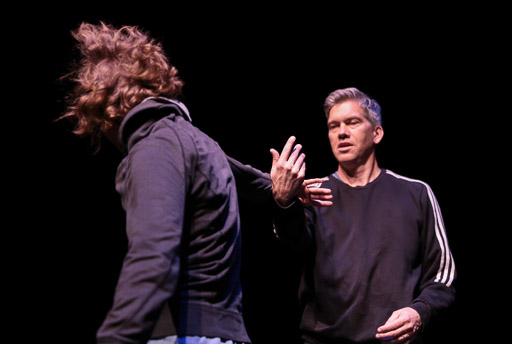 Jordan Fuchs is a choreographer, performer and teacher, whose choreography for stage, screen and alternative venue is grounded in improvisational practice, specifically the weight-sharing, bias towards disorientation and transformation through sensation of contact improvisation, a movement form he has been practicing for more than 30 years. Committed to exploring the unmediated, expressive capacity of the human body in motion, in stillness and in relationship, he delights in the dancemaking process, collaborating with dancers in the obsessive, intuitive, work of crafting experiences, complex and multifaceted, and stretching notions of what dance is and where it can happen. His choreography has been hailed as “magical” by Jennifer Dunning of the New York Times and presented at numerous venues across the US, receiving support from Danspace Project’s Commissioning Initiative, the New York State Music Fund, the DTW Suitcase Fund, the Council for International Exchange of Scholars and the Prague Quadrennial of Performance Design and Space, Czech Republic among others. His choreography for screen, including projects with collaborators Melissa Sanderson and Yeajean Choi, has been presented nationally and internationally at venues including the Seoul Dance Film Festival, São Carlos Videodance Festival in Brazil, Dans Kamera Istanbul Festival in Turkey, Festival Agite y Sirva in Mexico and the Light Moves Festival of Screendance in Ireland. A Professor of Dance at Texas Woman’s University, Fuchs is the founder of the Texas Dance Improvisation Festival and a former Fulbright Specialist. He has taught workshops across the US and internationally in Taipei, Moscow, Puerto Rico, Hong Kong, Tokyo, Western Australia, Mexico and England. A former Dance Specialist in the Jerome Robbins Moving Image Archive of the Dance Division of the New York Public Library, he holds a BA in Religion from Oberlin College and an MFA in Choreography from Ohio State University where he was awarded a University Fellowship. www.jordanfuchs.org